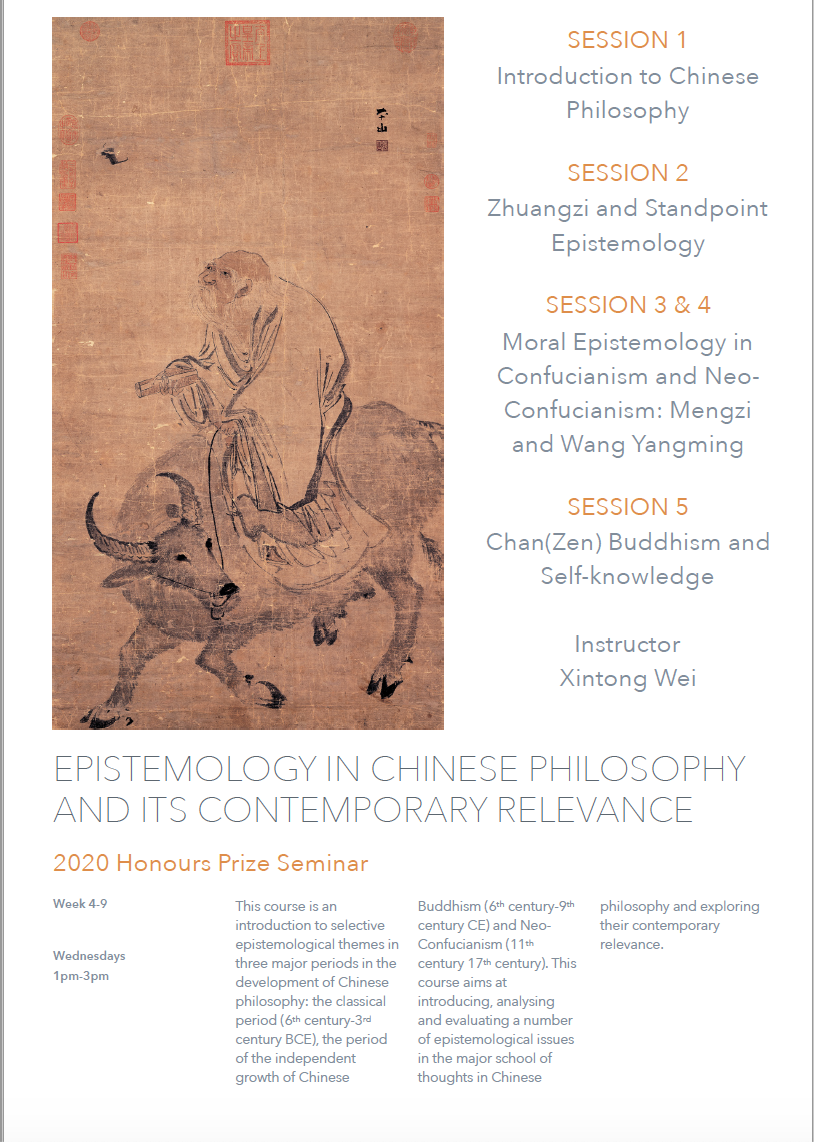 In autumn 2020, I will be teaching the Honours Prize Seminar at University of St Andrews. The course ‘Epistemology in Chinese Philosophy and Its Contemporary Relevance’ is an introduction to selective epistemological themes in three major periods in the development of Chinese philosophy: the classical period (6th century-3rd century BCE), the period of the independent growth of Chinese Buddhism (6th century-9th century CE) and neo-Confucianism (11th cenetury-17th century). This course aims at introducing, analysing and evaluating a number of epistemological issues in the major school of thoughts in Chinese philosophy and exploring their contemporary relevance. We will discuss ‘situated’ knowledge in Daoism, moral epistemology in Confucianism and neo-Confucianism, and self-knowledge in Chan Buddhism. Introduction to selective epistemological themes in Chinese philosophy and exploring their contemporary relevance.

In the past, I have tutored the following first & second-year undergraduate modules at University of St Andrews.