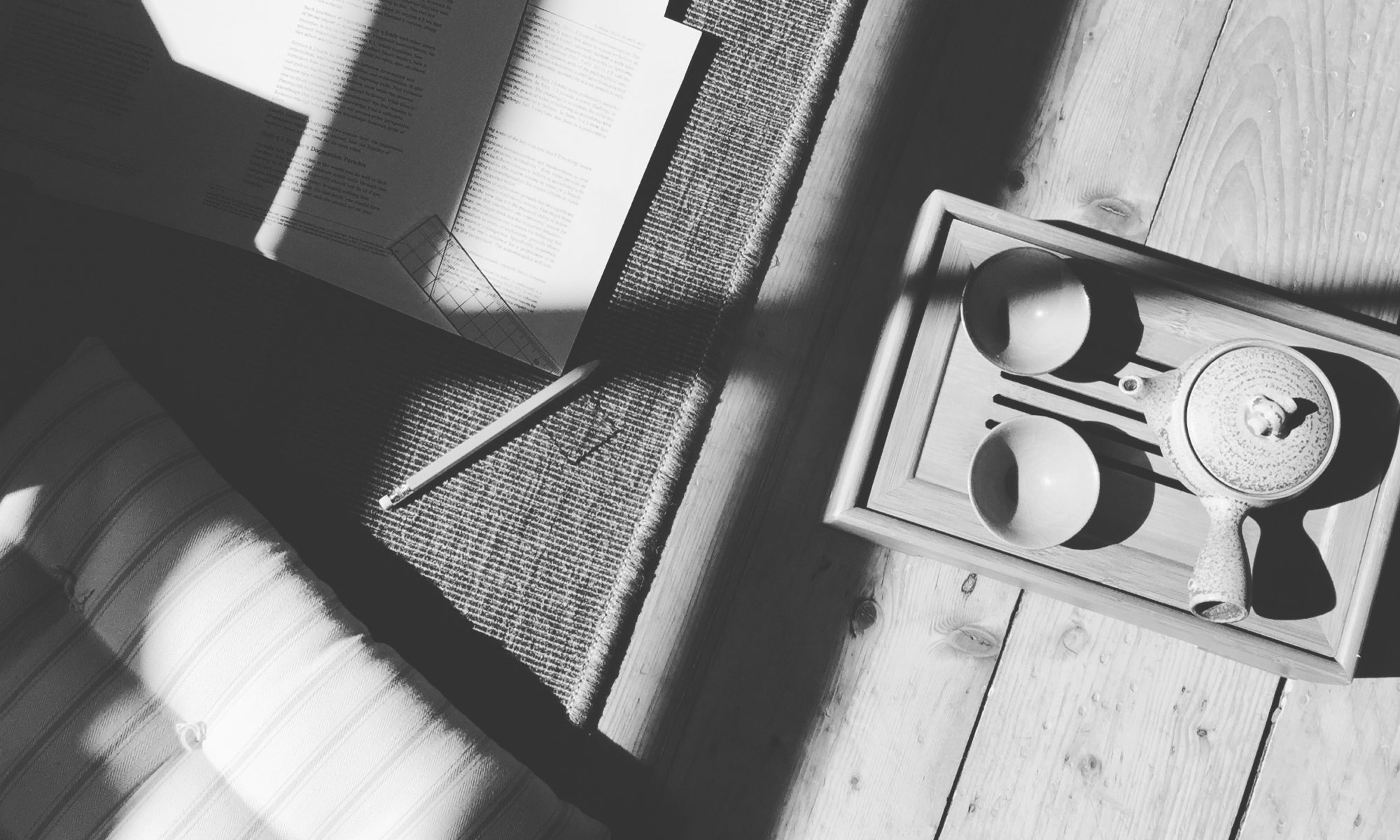 It was autumn 2012 when I first landed in Heathrow Airport. I remember queuing at the border control rather nervously, holding a carefully filled landing card and a pile of documents. I expected a thorough questioning from the border officer about the purpose of my stay in the UK. I hesitated a bit before answering each question, as back then I still had to translate thoughts from Chinese to English before I uttered them. I came to London to study philosophy. It was the first time I’ve ever left home and home was 10,000 km away.

As a rather bookish person and an avid fan of classical music, the first two years of my undergraduate life were spent between student hall, library and Southbank. I wasn’t too homesick. I hanged out with Chinese friends, went shopping in Chinatown, after which I usually indulged myself with a comforting meal in a restaurant specialises in the cuisine of my hometown. I thought I have adapted seamlessly—living in London was not too much a change of scene for me since I’ve been living in metropolis like Shanghai. I thought there was no barrier of culture—I read the English masterpieces lavishly, from Jane Austen to Thomas Hardy, I spent my weekends strolling in the national galleries, I went to church for Sunday service and took delight in the beautiful organ music that one could rarely hear in China.

My past self must have appeared to others as somehow anachronistic. I was so blind to the real cultural gap that I was not even aware of its existence. I lived in the confinement of the little bubble I created for myself, which I naively identified as the way of life of ‘the West’, when I didn’t even know why my classmates read the Guardian and sneered at the Daily Mail.

How I ever managed to get out of that bubble was a miracle— I must thank the wonderful friends around me, who offered me the chance to know their culture through their eyes and experiences. Little by little, I started to have a better grip of the contemporary political and cultural scenes in the UK and want to be an active part of it.

Now, five years have past since I first came to this country, once again I do not see the barrier (and hopefully it was not due to my ignorant blindness as before), but rather I see myself as a global citizen. I’m determined to be a positive force of change, no matter how small the contribution is—from preparing tutorials with my students in heart to making the academia (as far as the philosophy department goes) a more inclusive and supportive place. I am therefore very grateful to the opportunity to join the Stirling Graduate School community intern team, where I can make a bigger difference by helping to create a sense of community and belonging at University of Stirling. As I have learnt from my own experience, friendship and living within a community is the fruitiest way to grow our souls and expand our horizons.

It has been a delight to work with the team and I hope that the two projects that I’m leading—the online magazine Caraid and PGR podcast will make a contribution to enhancing postgraduate experience in the following four aspects: well-being, research outreach, creativity and activism.

I believe that as a community, our first and foremost goal is to ensure the well-being and in particular the mental health of every student in our university. As part of minority group, I deeply understand the importance of creating an inclusive and nurturing environment. I hope Caraid and PGR podcast can be a platform where everyone can share their unique experiences, voice their concerns and stand with each other in solidarity. Having the opportunity to share our intellectual fruits with a wider audience is not only academically valuable but also makes our work more meaningful and fulfilling. PGR podcast aims to provide the platform and opportunity for post-graduate students to share their research results. Furthermore, I want to offer the talented students in our university—poets, novelists, critics, activists, journalists, photographers a channel to celebrate ideas, diversity and creativity. We must also not forget that we are living in a time of global crises, facing the challenges from climate change, terrorism and refugee crisis. I believe that it is our moral duty to promote activism and increase social awareness. Ideas and moral visions bind us together. I hope Caraid and PGR podcast would provide the platform to encourage and facilitate discussions and participations in tackling these challenges that gravely concern everyone of us.

I will conclude my reflection with heartfelt thanks to team members and everyone else who have offered their thoughts and encouragement regarding Caraid and PGR podcast.

‘Ting-tang’ ‘Ting-tang’, the sharp and shrill scream of the old bell in the centre tower of the small but prosperous town, cracked the sky and resonated in the quiet valley before the dawn, like a monster with huge black wings dashing over your head,hovering around and laughing at you in his low and raucous voice. He tortured you, but never really hurt you. He fed on your fear. The fear of losing, not just your beloved ones, not even love itself,but also hope, which will ally the sense and reason and strengthen your will with courage from your deep soul–the vigour and desire for existence, against his omnipresent and dreadful wings that blocked the mellow sunlight from earth,and will ultimately help you survive.

However, the sound of the bell was not a devil but on the contrary,an angel, as it brought hope. Having pulled themselves out from their dreams,which undoubtedly were bad ones with terrifying endings, the citizens understood the signal clearly: ‘Arm yourself. The enemies have come.’

It was an invasion. The Mongolians came. There has been a lot of rumours about them. The official document described them as ‘Manyi’, which means savage. But not many people were able to read the characters on the white sheet since the literate proportion was quite low during that time period,and even fewer people had the leisure to go to the city hall where the white sheet was displayed and guarded by two armed soldiers, to study what was the government’s opinion and to disdain the barbaric Mongolians in solidarity with the intellectual who wrote this document for the emperor in a rhetorical way. It was in vain. It only made people laughed at their emperor, not in public, of course.

They had lost faith in the white sheet with shiny words. What they knew was that Mongolian men slept on the horse. Some people even argued that actually they don’t sleep at all and they never let the swords out of their hands as they were the symbol of honour. And they view honour as life. So, the simple conclusion follows: that their sword and consequently, the war is their lives!

What a weird thought since the war was nothing but bloody killing. Does it mean that, for a Mongolian, death equals life? Women did not talk about honour or their strange philosophy and attitude towards life. They did not understand why their husbands were concerned about those useless and abstract concepts and did not share their complicated feelings. Admiration on the one hand, as they felt contempt for their coward emperor surrounded by the even more timid intellectual, and fear on the other hand, as the Mongolian were their enemies, not friends, who were the vulture coveting their rice stock,horses,cattle and everything they had.

When the Mongolians cannot take those things with them,they would kill, burn and destroy, just like any other conquerers have done in human history. Women were scared by the idea that nobody was able to protect their towns and they would be captives and had to sleep on the horse for the rest of their lives! How dreadful a life like that must be! Women hate horses and they hate men like animals, living in the wild and never bothering to clean themselves.

Nobody in this town had actually seen any Mongolian in their life. Neither did the most diligent merchants who traveled far away to exchange goods with the people who had a different language and worship a different God. But there was an artist,who came to the town just a week before the bell rang, who bragged that he had seen a small regiment of Mongolian calvary himself, and painted for them. His pictures sold well in this town. The pictures look exactly as the rumours depicted: the soldiers were with brown skin, looked villainous and strong, and slept on their horses.

Rich people hung the picture on their private shrine and worship their new gods–the Mongolian cavalry. They thought their new gods may not like flowers or fruits, so they changed the oblation to oil and animal blood.

However, some acute people pointed out how did the artist manage to survive? Only two answers were available. Either the Mongolians were so kind and civilised that they respected and appreciated the artist and let him go, or the artist was actually a spy. So they hung the artist in the central square. The poor man cried,shouted and struggled desperately and then died.

What about the invasion? It turned out that it was just a large flock of donkeys passing by.